Ripley's Believe It or Not! Orlando Odditorium 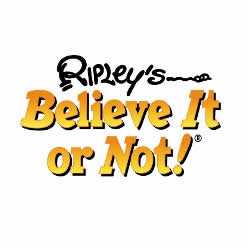 Visit one of the most talked about attractions in Orlando and explore hundreds of bizarre and fascinating artifacts displayed in more than 16 interactive exhibits that pay tribute to the odd and strange.

Marvel at our collection of weird and unusual relics and rare treasures. The Self-guided, self-paced tour allows guests to fully enjoy Orlando's most bizarre attraction!

What should I expect to see at Ripley's Believe It or Not! Orlando Odditorium?

The Odditorium showcases hundreds of oddities and rare treasures such as: A 7-legged sheep, an actual shrunken human head, a rare T-Rex fossil, a portrait of Beyoncé made entirely from candy and a balloon-powered chair that flew over the Rocky Mountains, a tribute to Robert Wadlow, the World's Tallest Man; an Egyptian mummy; animal oddities; human oddities; a 10-foot section of the Berlin Wall; an interactive Illusion gallery; unusual works of art; a 1907 Rolls Royce car made from over one million match sticks; and much more!

Approximately how long does it take to tour Ripley's Museum Orlando?
It takes guests about 1 to 1 ½ hours to tour the museum.

How many exhibits/areas create the Ripley's Museum Orlando?
There are over 16 galleries, featuring over 400 exhibits, artifacts and displays.

From Interstate 4, take exit no.74-A (Sand Lake Road). Proceed to International Drive and turn right. Ripley's Believe It or Not! is approximately .5 miles on the left. Parking is free of charge.