Level 2: Baggage claim and curbside pick-up is located on the middle level. 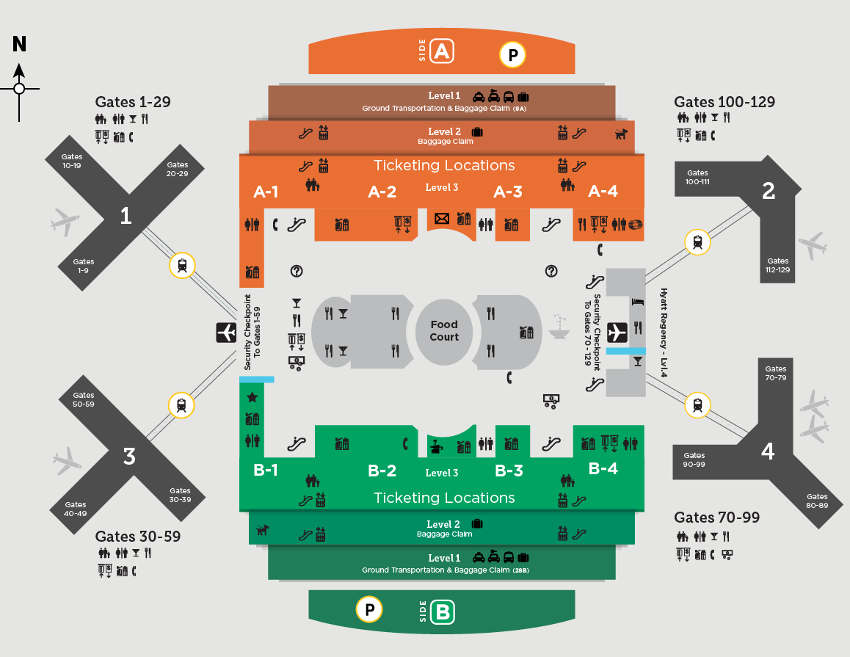 When to arrive at the airport

Taxis may carry up to 9 passengers, and charge the same rate regardless of the number of passengers. All taxicabs picking up at the Airport are regulated by the City of Orlando's Vehicle-for-Hire ordinance which requires fares to be determined by a taximeter. Flat rate fees are not authorized.

Below are estimated fare from Orlando International Airport to various destinations

For more information about the Orlando International Airport, call 407-825-2001.

Do you know...
As of 2016, The Orlando International Airport (MCO), is the second busiest airport in Florida, the 13th busiest in the United States, and the 41st busiest in the world.

In Florida, driving and talking on a cell phone is perfectly legal, however that does not mean you should do it. Florida is one of the many states that have no distracted driving laws.

Driving Distance from Orlando FL. to

Note: When traveling in Central Florida, you should know that the Beachline Expressway was formally known as the Beeline Expressway. You might still come across some old road signs. So be aware that these two names are actually the same highway.