Take center stage as the star of your own adventure. Experience shows such as Toy Story Mania!, Star Tours, The American Idol Experience, The Twilight Zone Tower of Terror. Discover rides rides such as Rock 'n' Roller Coaster, Indiana Jones Epic Stunt Spectacular! and much more.

Must do at Disney's Hollywood Studios

Participate in The Magic of Disney Animation, an inter active attraction that provides a look at the creative process behind Disney's many animated blockbusters.
"Playhouse Disney-Live on Stage!", "Voyage of the Little Mermaid," and "Beauty and the Beast-Live on Stage."
Be sure to catch the Disney Stars and Motor Cars Parade
Cap a day with "Fantasmic!" the most elaborate live theme Park show ever created by Disney 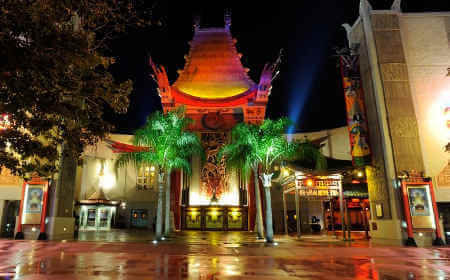 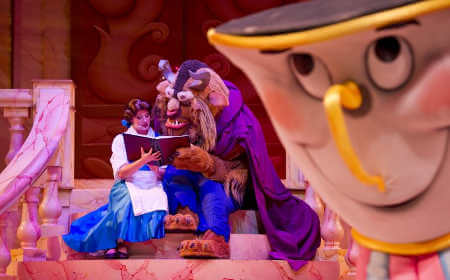 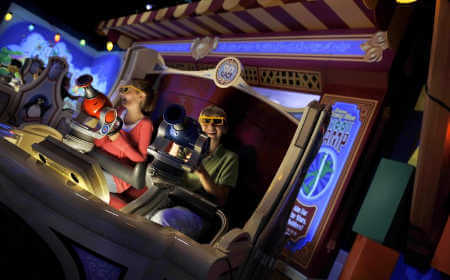 Toy Story Mania
Join your favorite "Toy Story" characters in a 4-D style adventure game. The "Toy Story Mania!" attraction is a cutting-edge, interactive ride-through attraction that combines the fun of a video game, 4-D technology and interaction with favorite Disney-Pixar stars. Put on your 3-D glasses and be in the middle of the action, as you board vehicles and zip into a world of exciting midway-style games.

Star Tours in 3-D
Disney reinvented its Star Tours motion-simulator rides at Disney's Hollywood Studios. For the first time Star Tours is in 3-D . Passengers will zip to Coruscant and other intergalactic destinations in the "Star Wars" galaxy in thrilling 3-D.

The new storyline, will include a trip through the skies of Coruscant aboard a Starspeeder 1000 and a high-speed pod race through the desert canyons of Tatooine, Luke Skywalker's home planet. Look for the new rides to open in late spring at Disney World.

The Twilight Zone Tower of Terror