Epcot, which stands for an "Experimental Prototype Community of Tomorrow" was the original inspiration for Walt Disney World and today celebrates the fascinating cultures and wonders of the world by blending entertainment and education through dazzling shows, interactive experiences and amazing attractions.

World Showcase offers a kaleidoscope of nations as it takes guests to 11 nations at World Showcase while bringing together and celebrating cultural heritage. World Showcase is made up of the American Adventure, Canada, China, France, Germany, Italy, Japan, Mexico, Morocco, Norway and the United Kingdom.

EPCOT comprises an array of attractions, shows, interactive presentations, live performances and architectural wonders. Epcot's amazing attractions include Mission: SPACE, Test Track, Soarin' Around the World, Spaceship Earth, The Sea with Nemo and Friends, Turtle Talk with Crush, Frozen Ever After, IllumiNations: Reflections of Earth, and many more.

Must see at Epcot

See the world's most elaborate nightly fireworks spectacle, "IllumiNations: Refections of Earth." The show typically happens as the "fnal act" of the day, at published closing time.
Turtle Talk with Crush, Characters on Holiday, Kidcot Fun Stops, and Journey into Imagination with Figment. 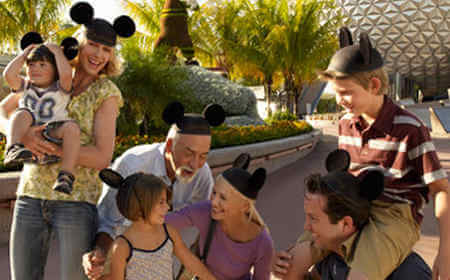 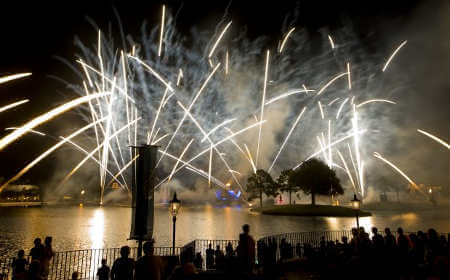 Soarin'
Soarin' is a new attraction at Epcot's Future World, that lifts guests 40 feet (12 meters) aloft inside a giant projection screen dome as they take flight over the wondrous Golden State, giving riders a birds-eye view of the rich California landscape. You will love the exhilarating rush of this free flying hang gliding adventure.

Location: The Land Pavillion
Height Requirement: 40" or taller
This attraction has FASTPASS

World Showcase
Walk around the world and visit 11 countries to experience their culture and food.

Test Track® Presented by Chevrolet®
Design your own custom concept vehicle, then buckle up and put your design through its paces on the exhilarating hills and switchbacks of the Test Track circuit.

The Sum of All Thrills
Climb aboard in a 4D robotic simulator that uses sight, sound and movement. Test your imagination by designing a ride using an interactive touch screen that lets you determine hight, speed, dips and turns.

Interstate 4 (I-4) provides access to all of Walt Disney World theme parks including Epcot. Exit 67 will take you to Disney's Epcot Center.

the Walt Disney World Swan and

Did you know that ....
EPCOT stands for Experimental Prototype Community of Tomorrow.